I grew up in Southern California, taking for granted that sometimes the February weather makes wearing shorts a necessity. I then headed east for college, receiving a bachelor’s degree in physics from Harvard University (which, somewhat confusingly, means that I attended Harvard College). I lived in the house formerly known as North, and I worked at the Harvard-Smithsonian Center for Astrophysics. During the summer, I SURFed at the California Institute of Technology (Caltech). 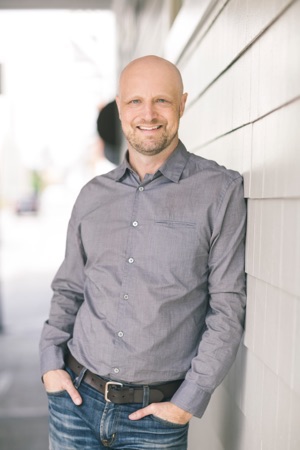 After college, I spent a year studying chaos theory at the University of Maryland, and then I returned to Caltech to get a Ph.D. in theoretical physics. While at Caltech, I was a popular instructor in the core physics curriculum, receiving a Lifetime Achievement Award for Excellence in Teaching.

I became interested in entrepreneurship while in graduate school, so after finishing my degree I spent a year splitting my time between postdoctoral research and starting a company with my long-time friend Sumit Daftuar (also of Harvard and Caltech). The company Sumit and I started, Quark Sports, applied our strong quantitative and computer skills to create (of all things) unique weekly fantasy sports games in football, basketball, and baseball. In the year following my postdoc, I worked full-time developing the Quark Sports website, as well as creating BracketManager, the leading independent NCAA Basketball Tournament site at the time. During this time I also served as Caltech’s editor for an updated edition of The Feynman Lectures on Physics.

Quark Sports successfully built a core of enthusiastic and loyal customers, but our need for additional funding, combined with the risky legal environment created by litigious players unions, led to our decision to shut down in 2005. As is so often the case in the entrepreneur game, we were simply too early—at least one site with the same basic premise is now a publicly traded company. Moreover, far from being sued by the NFL Players Association, they are an official NFL partner. C’est la vie…

I next spent the better part of a year writing a web development tutorial book with Aurelius Prochazka called RailsSpace (a reference to MySpace, which tells you how out-of-date it now is). In December 2007, I moved to Silicon Valley with my friend Long Nguyen for the Winter 2008 Y Combinator program to work on Insoshi, a RailsSpace-inspired open-source social networking platform. Insoshi had some notable successes, including becoming one of the most popular forked repositories at GitHub, and nearly raised a significant sum of money in October ’08 before the market tanked. Unfortunately, we were ultimately unable to secure funding, so we shut down the business end of Insoshi in early 2009 (though the open-source project lived on for some time after).

After Y Combinator, instead of starting another all-or-nothing technology startup, I decided to make a medium-risk, medium-reward product business (à la Tim Ferriss’s Four Hour Workweek). The result was the Ruby on Rails Tutorial, a book and screencast series to teach web development with the Ruby on Rails web framework. The Ruby on Rails Tutorial has become one of the leading introductions to web development, with endorsements from Rails creator David Heinemeier Hansson, author and entrepreneur Derek Sivers, and Wikipedia founder Jimmy Wales. In 2011, I won a Ruby Hero award for my contributions to the Ruby community.

I’m also the founder of Tau Day and author of The Tau Manifesto, which argues that the true circle constant is the ratio of a circle’s circumference to its radius, not to its diameter. Conceived principally as a social hack, Tau Day and the number $\tau = C/r$ have become an international phenomenon, striking a chord (sometimes literally) with math geeks all over the world, while inspiring a Vi Hart video, subverting the traditional circle constant at the Khan Academy, and even influencing the timing of MIT admissions announcements.

I enjoy music of a wide variety of types, though do I have a special fondness for “classical” music (symphonic, orchestral, chamber, and choral music). I also enjoy various contemporary pop/rock artists.

I’ve long enjoyed making music as well: over the years I’ve been a member of various singing groups, including the Harvard-Radcliffe Chorus, the Caltech Glee Club, the Caltech Chamber Singers, Ecphonema (pop-rock a cappella), and Big Sing California.

These are my (approximate) top ten favorite classical music pieces, sort-of in order. (My apologies to Jeremy Martin, who, if he ever sees this list, will never forgive the omission of Johannes Brahms. Update: Jeremy saw the list—and he forgave me!)

A while back I was reflecting on Star Wars, and in particular on the transformation of Anakin Skywalker into (spoiler alert!) Darth Vader. It occurred to me that Vader is the “bad guy”, so Anakin becomes Vader despite the audience’s wishes—but wouldn’t it be wild if the audience watched a descent into evil and actually rooted for it the whole time? That would be an achievement indeed. Then I realized that this movie has already been made: it’s called The Godfather, with Michael Corleone in the Anakin role. In Part II, we watch Vito Corleone go through the same transformation, and watch Michael descend even further. And, amazingly, we never stop liking them.

Some Favorite Movies (in random order)